Umbra Rimorchi was born in 1976 from the union of three partners, who immediately concentrated their business on the production of light trailers and towing hooks for cars. After more than thirty years of activity, Umbra Rimorchi, which today has a single owner, has consolidated its position on the market so as to be confirmed as a leading company in the sector; its products, with a range consisting of numerous models of trailers and tow hooks for every type of car and commercial vehicle, are spread throughout Italy through an articulated distribution network. The commercial success achieved has gradually contributed to increasing the company’s export activities, which today boasts important collaborations also in Europe and in the rest of the world. To consolidate its reliability and ensure maximum safety for its customers, Umbra Rimorchi was the first company in the sector to be certified with an ISO 9001 Quality system.

The continuous improvement of business processes and product innovations are the basis of the successes registered in these years by Umbra Rimorchi.

For the design, study and improvement of its products Umbra Rimorchi uses the most modern design technologies based on CAD drawing and solid modeling; subsequently each project is subjected to structural checks through finite element analysis (FEM model); once the compliance of the project with the specifications has been verified, prototyping is carried out.The contact between design and production is constant and recursive, and the creation of a new product goes hand in hand with the continuous improvement of existing ones, through the work of a dedicated technical-operational staff. The main objective is the continuous search for new materials and new production processes without compromising the strength, reliability and safety of the product.All the prototypes, before their series production, are subjected to severe test and therefore made according to regulatory requirements imposed by the Ministry of Transport and in accordance with European CE standards.The commercial success achieved has gradually contributed to increasing the company’s export activities, which today boasts important collaborations also in Europe and in the rest of the world.

Definition of the 3D shape

Structural check of the elements

The certification of our products, as well as the mission of our company, has the sole purpose of offering our customers absolute excellence. The commercial success achieved has gradually contributed to increasing the company’s export activities, which today boasts important collaborations also in Europe and in the rest of the world. Umbra Rimorchi holds these international certifications since 1997 and is constantly updated to offer the highest quality for the production of its products. 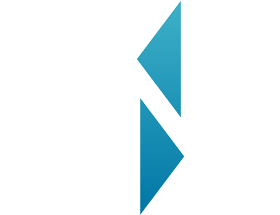 UMBRA RIMORCHI IN THE WORLD

For many years our company has been the leading Italian manufacturer of tow hooks for cars and commercial vehicles, and has a network of installers and distributors that is widespread and deeply rooted throughout the territory. Only recently has it appeared on the international scene, and thanks to the progressive improvement in the logic of production and commercial processes, it has been able to achieve extremely important results in extremely rapid times. Today Umbra Rimorchi exports over 50% of its turnover, recording an increase of over 1600% in the last two years. The brand is present throughout Europe, North Africa, the Middle East and Japan, and new collaborations are born every day. Over the past year, logistic depots have been set up in three different countries, which will be joined by three others in the coming months and distribution will also begin very quickly overseas, in Australia and South America. Precisely because of the strong expansion abroad, the independent green towing hitch brand UR was created, which quickly began to assert itself also in Italy and is now an identification of our main product.

Certainty of having the best

There are no more items in your cart